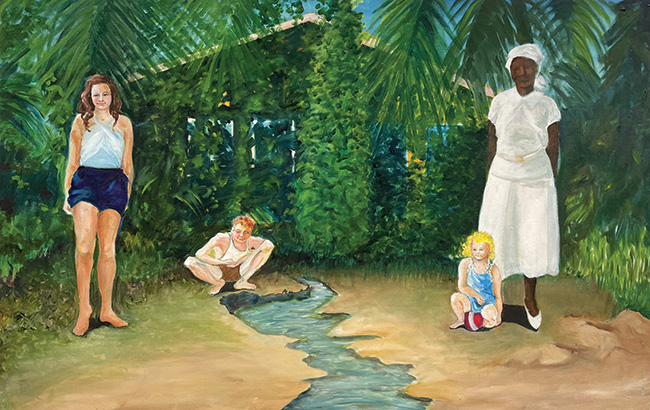 Connie Bostic’s family photographs have provided inspiration for most of the paintings in Our Story. This current body of work was sparked by a snapshot of Bostic and her sister flanking an African American woman standing in front of her grandmother’s wisteria tree. These situations were quite common in the 1930’s and 40’s with little change through the 50’s, 60’s and 70’s. Earlier in our history women were ripped from their African homeland to nurse and raise the babies of white women. Gradually through the years the “Mammy” became a symbol of the loyal, happy slave. Her persona was that of a middle aged, dark complexioned, overweight, and contented woman who loved her young white charges to distraction. The fact that her own children were left without their mother so she could ensure the comfort and security of white children was ignored.

Bostic states, “As my interest in this history grew, a few people kindly shared their own family photos. I began to worry: was I overstepping boundaries? Did I have any right to depict these women? Was this cultural appropriation? Then I realized that these stories were also the stories of the children raised by these women. It was our story, too. One young woman remembered her relationship with Kermit Holland who had cared for her since birth. When she was nine years old Kermit died. Her father took her to Kermit’s funeral and then to the cemetery where she became uncontrollably hysterical. She was in such a state that when the other mourners left her father paid the grave diggers to lift the coffin from the grave and open the lid. ‘There she was,’ the woman said, ‘the only one who loved me.’ ”  The stories are as varied as those telling them, but there is no doubt that these women played an important part in the social fabric of America. They deserve recognition.

Click here for Asheville Made articles about the artist. 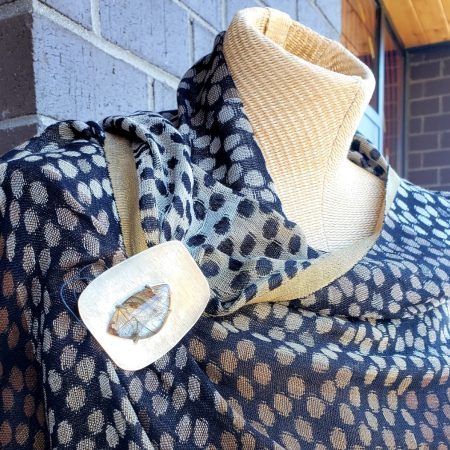