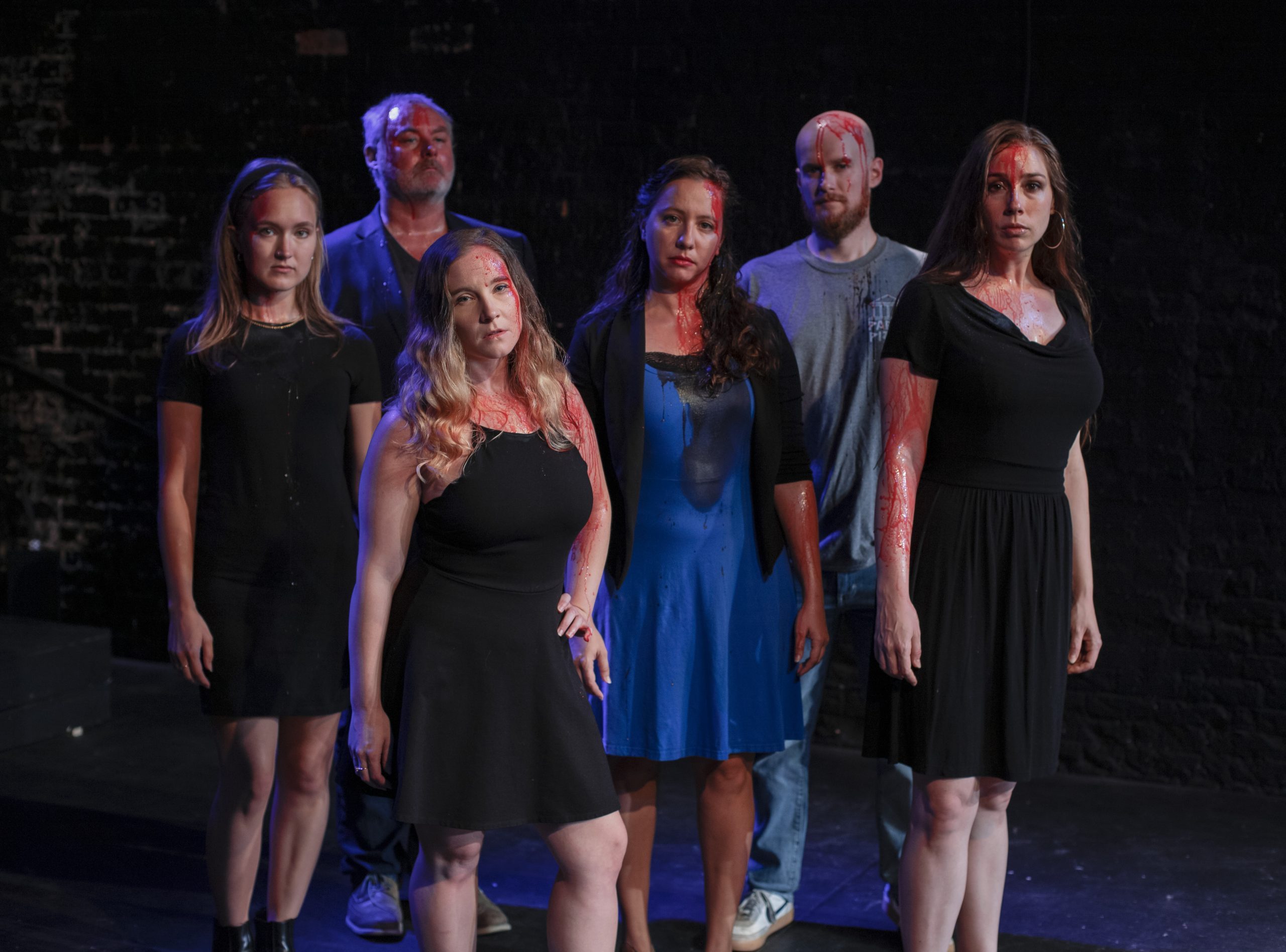 BLOODBATH: VICTORIA’S SECRET
Written and Directed by Jamieson Ridenhour
As “Tori Piper,” Victoria Leigh was once the darling of mid-to-late eighties low-budget horror—she was the go-to final girl of a dozen or so B-level slashers. Then she filmed the cult classic Sorority Bloodbath, a cinema verité horror film plagued by rumors of sinister occurrences on-set. Then she vanished, fueling a subset of fan conspiracy theories.

In 1999, Victoria Leigh is planning a quiet New Year’s Eve dinner with her girlfriend, but things aren’t working out. People keep showing up at the apartment, and some of them may have sinister intentions. Deadly intentions. Add in a crazed young wanna-be agent and Tori’s former lover / co-star who has hidden motivations of her own, and the pressure and terror mounts quickly for the former scream queen.

But as the night lengthens and the body count grows, more questions arise. Who is really the hunter and who the prey? And what really happened on the set of Sorority Bloodbath all those years ago? To what lengths will a final girl go to survive?