The French Broad River is an ancient river (the 3rd oldest in America and 5th in the world), which winds through Asheville as it runs north to Tennessee. In the 1880s, the Norfolk Southern railroad was responsible for the huge population increase in Asheville. It chugs along right beside the river, making the banks a perfect place for heavy industrial buildings that needed national distribution for their products. In the historic flood of 1916, the waters rose above the riverbanks. This flood devastated the railroad and left many buildings abandoned due to water damage.

Later, in the 1970s, as downtown Asheville began its renaissance, businessman Bill Goacher and his wife acquired a number of properties as an investment in what is now called the River Arts District. He rented many spaces at very affordable rates to the displaced artists from downtown. Over time, as artists proved themselves to be good stewards of a building and showed interest in ownership, Bill selectively sold the property, setting an example which lives on today.

In the mid-80s, the first arts-based business, Highwater Clays, moved from Biltmore Village to what is now the home of Gennett Lumber, on Lyman St. In 1987 Porge & Peter Buck purchased a building with the intent of creating studios, and named it Warehouse Studios. In a 1988 Asheville Citizen-Times interview, Porge, a printmaker, spoke of her artists and herself as “the river avant garde” entrepreneurs.

Other early pioneers include Steve Keull, who purchased 375 Depot in 1987 for his photography business. It was the former Armor Meat Packing Plant built in 1910. Pattiy Torno purchased what is now Curve Studio & Gardens in 1989. The buildings were originally the Standard Oil Co., built in 1916. In 1990, Helaine Green and her sister Trudy Gould rented what is now Riverview Station, built in 1902 as the Hans-Rees Tannery. They purchased it in 1996. Brian and Gail McCarthy purchased Clingman Ave. Complex in 1995, now home to Odyssey Center and Ultra Coffee. Sculptor John Payne purchased the Wedge, built in 1916 as the Farmer’s Federated Ag Co-op, from Bill Goacher in February of 2002. He was instrumental in carrying on the legacy of renting affordable space to artists, and was a mentor to many current artists in the RAD today. Cotton Mill Studios was built in 1887 as the Cotton Mill Corporation, purchased in 2003 by ceramic artists Marty and Eileen Black.

The very first studio stroll was in 1994, when the few artists in the district opened their doors to the public. It has since become the largest annual RAD event, where over 200 artists open for the second full weekend in November.

Since its early beginning the River Arts District has grown rapidly every year, experiencing a huge burst around 2005. Continuing the tradition, many of the buildings have been purchased by artists, who in turn convert the space to working studios and co-op spaces. Here are a few more highlights:

Riverside Studios: Appears on an 1891 map as a general store. Built in 1940. Restored after the big flood of 2004 by sculptor Jim Richbourg as artist and sculpture studios.

The Hatchery: Built in 1955. Originally part of the Earle- Chesterfield Mill Company, which occupied multiple mill and silo buildings adjacent to the Hatchery, the earliest of which dated from 1905. Repurposed in 2011 for artists, potters and a restaurant.

Phil Mechanic Studios: Built in 1920 as a cold storage warehouse. Repurposed in 1998 by the
Mechanic family for artist studios and art galleries.

Pink Dog Creative: Built in the 1920s as a textile warehouse. Repurposed in 2010 for artist studios, restaurants and retail stores.

362 Depot Street: Built in the early 1900s as the General Store and Meat Processing Plant for the railroad employees

NorthLight Studios: Built in 1904 as a tannery curing facility. Repurposed in 2011 by local artist Wendy Whitson for artist studios.

The Lift Studios: Built in 1907 as the National Biscuit Company. Repurposed by local artist Daniel McClendon for artist studio/gallery.

Eco-Depot Marketplace: Part of the Glen Rock Hotel, built in the late 1800s

The Old Wood Company: Built in 1958 as a storage warehouse

The Odyssey Center: Opened in 1994 with offices, classroom and studio and gallery spaces for potters.

Desert Moon Design Studios & Gallery: Housed in one of the new constructions in the River Arts District. It became a “green” mixed use building opening in 2011 and includes businesses and artists.

375 Depot Street: Built in 1901. Originally the Armour Packing Co. Repurposed in 1987 for photography studio by local photographer Steve Keull and again in 2004 for artist studios, a gallery and theatre.

Today the RAD is undergoing improvements envisioned by community leaders, artists, residents, and business partners to create a vibrant, long-term urban plan recognizing the French Broad River as one of Asheville’s great treasures. 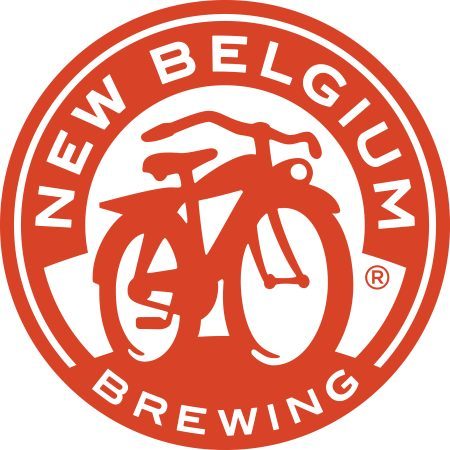