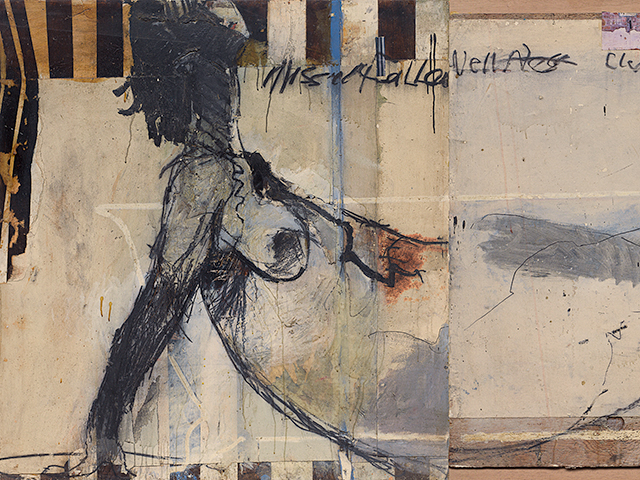 Arguably the most talented of the three Lange brother artists, TL Lange was an actual rockstar in Atlanta before he was an art rockstar in Asheville.  “He was going to participate in the Fall Studio Stroll (2001) but something came up. He dropped a couple of cardboard jericho cases with random unstretched canvases & paper pieces for me to sell. This work is from that batch. It has never been viewed by the public before; some are for sale & others are only being shown.” –Stephen Lange.

Twenty of these TL Lange paintings will be included in this exhibition as well as prints of Anonymous Bathers, one of his most noteworthy creations.

TL Lange was born and raised in Charleston before studying drawing and painting at Winthrop University in Rock Hill, SC. After spending about five years in Atlanta, where he first made a name for himself in the art world, he moved to North Carolina where he maintained his home and atelier until his untimely death at the age of 36.